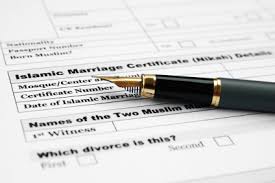 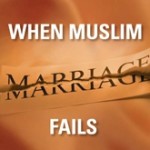 With Michigan’s large Islamic community, the issue of an Islamic divorce in conjunction with the civil divorce case frequently is an issue. It is not uncommon for the wife to complain that her husband will not cooperate in obtaining the Islamic divorce. (Mostly, as an attempt to continue to control her and prevent her subsequent marriage.)

At first blush, it would seem that Michigan’s civil court should not become involved in a religious dispute. There are long standing federal and state constitutional provisions preventing religious entanglement. Council of Organizations v. Gov. of Mich., 548 NW 2d 909, Mich: Court of Appeals (1996). However, divorce is an equitable action wherein the court must do what it sees to be the fair thing to do. The Court has contempt powers to enable it to do so.

In quite a few divorces that I have been involved in the judge ordered a spouse to obtain an irrevocable Islamic divorce within 90 days. Usually, this requirement is met by presenting a certificate from an Imam that such divorce has been granted.

It is beyond the scope of this article to describe the religious basis for granting an Islamic divorce. However, such information can be found at http://en.wikipedia.org/wiki/Divorce_in_Islam.

Remember, when looking for an attorney find one who has knowledge of all the potential issues that could come up. You want everything to be resolved in your favor and which addresses your concerns.

3 Worries Every Separated Parent Has

A Word on Prenuptial Agreements – Words from a Downriver Divorce Attorney