WHAT IS THE SUPER DRUNK LAW IN MICHIGAN? 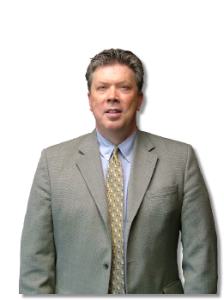 Hello, I am attorney Bo Schimers and I thank you for stopping by the Legal Edge Blog. If I have ever had the privilege of meeting you, you might remember me as the wiseguy with a lot of funny (okay, and some not-so-funny) jokes. There are plenty of jokes and humor as you read on, however, as a lifelong Downriver and Detroit resident, as your neighbor and as a friend I want to wish you and your family a happy and safe holiday season.

As a practicing criminal defense and OWI (DUI in every other state but Michigan), I have witnessed many times first hand the financial, social and emotional toll that DUI has on people and their families. If we have heard it once, we have heard it (or will hear it) a million times over the holidays, to be brief and the point I would kindly ask everyone reading this to drink responsibly during these festive months and the upcoming holiday season.

The best way to cash in your get out of jail free card, is to not have to use it in the first place. Drink responsibly during the holidays. ~ Bo

Drum roll, I present to you the 5 funniest DUI cases on the internet:

1. DUI on a Riding Lawnmower

The “Dumb Ways You Can Get a DUI” list starts with, the riding lawnmower. An always popular mode of transportation, in April 2011 Martin Junior McMurray was  witnessed evading police in a low-speed chase for a half mile on his lawnmower, swerving between lanes and ignoring their police sirens. Upon catching up to Mr. McMurray, he did not pass his field sobriety test, subsequently blew a 0.15 in the DataMaster BAC (legal speak for breathalyzer) AND had an unopened can of beer in his pocket.

Now, as silly as this is and nearly too impossible to believe, the very same week in Athens, Tennessee police arrested Jimmy Graham Junior (why are they all ‘juniors?’) for intoxication on his riding lawnmower. He was also charged with stealing fishing poles out of his neighbors garage. Video of his sobriety test below:

Motorcity is called Hockeytown for a reason, we LOVE our hockey. Apparently in Maine, not only do they love hockey, they also love to drive their zamboni under the influence. A man from Portland, Maine was arrested right around Christmas 2008 for “trying to drive an ice smoothing machine inside a Portland, Maine civic center.” Adam Patterson, a 22 year old, had crashed the Zamboni “into a wall near a storage area.” He was pretty drunk, and my favorite part of the story — “Authorities say he had also tried to operate two forklifts.” Champion.

Ah, it’s time for the single greatest man-invention ever. The Cruizin Cooler, a motorized cooler scooter that can cruise at about 15 mph. You sit on it, ride down to buy yourself a 6 (or 30) pack, and the beer stays chilled on your ride home. Advertised as the “fastest cooler on the planet” it can even come with a trailer (or many trailers). Genius! Well, it came out in 2008 and took almost 2 years for someone to get a DUI on one. 57 year old Leslie J. “Bomber” Marr, from Whitehall NY is the one. He faces felony DUI charges (Felony!) and charges for aggravated unlicensed operation of a motor vehicle. The cooler contained 14 beers, and Mr. “Bomber” Marr was swerving and riding on the sidewalk. According to police he’s been “riding around town on that cooler for years.” Awesome?  Well, yes.  But intelligent?  Obviously not.

5) Man Dressed as Breathalyzer who was Arrested for Drunk-Driving 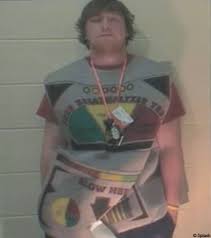 Make sure to get a close look at the mugshot, you might miss something.

Ohio student James Miller was stopped by police on suspicion of drunk- in Oxford, Ohio, after he was spotted merrily driving the wrong way down a one-way street, while wearing a breathalyzer costume. Suspicions that he may have been drinking were heightened by the fact that there was an open can of Bud Light by the driver’s seat. Miller’s breathalyzer costume featured a dial with three levels of drunkenness: Boring, Life of the Party, and Sotally Tober.

When confronted, Miller stuffed chewing gum into his mouth, and insisted he hadn’t been drinking. Unfortunately, for the fake breathalyzer, a real blood alcohol test showed he had a level of .158, almost twice the legal limit. He was also found to have multiple IDs on him.

Miller was charged with underage drinking, driving under the influence of alcohol and a one-way street violation. He was released to his girlfriend – but not before featuring in an attractive breathalyzer-costume mugshot that will surely guarantee him lasting internet fame.

Just like every other crazy story you’ve heard, they’re always funnier when they DON’T HAPPEN TO YOU.  Please be responsible and have a GREAT Holiday Season! 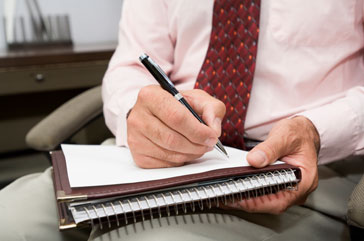 SUBSTANCE USE EVALUATIONS: REVIEWING THE PROCESS 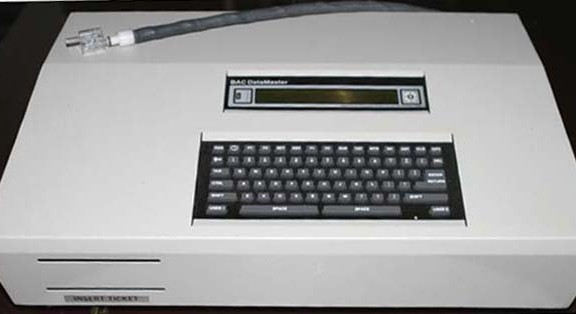